Together with Jeremy Rifkin and the TIR [Third Industrial Revolution] team; Peter and Wart Luscuere have represented and chaired the transition pathway ‘Circularity’ which later developed into the working group ‘Circular Economy’. This project ‘Roadmap Next Economy’ is a initiative of the MRDH [‘Metropolitan Region of The Hague/ Rotterdam’], which represents 25 municipalities in the Netherlands, Zuid-Holland province. 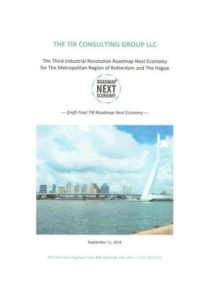 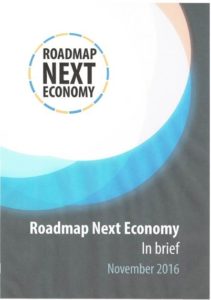 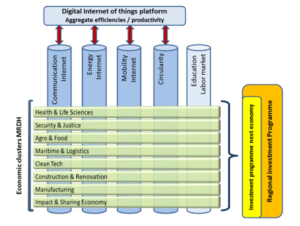