Together with Jeremy Rifkin and the TIR [Third Industrial Revolution] team; Peter and Wart Luscuere have represented and chaired the transition pathway ‘Circularity’ which later developed into the working group ‘Circular Economy’. This project ‘Roadmap Next Economy’ is a initiative of the MRDH [‘Metropolitan Region of The Hague/ Rotterdam’], which represents 25 municipalities in the […] 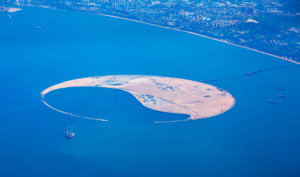 Consultancy efforts for KuiperCompagnons for the ‘Pearl Island competition’

Consultancy on the ReGenVillages which will have it’s first project in Almere, The Netherlands.

Benefits of aquaponics to the built environment link to website: 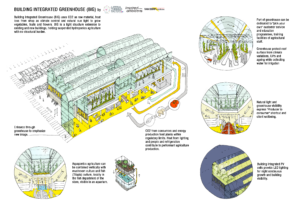 Building Integrated Greenhouses pursued as a food production facility, also aiming to have a positive impact in the urban area through Integrated approach, utilizing all available resources and roof area and re purpose/renovate buildings.   Visualisation made by Steven Beckers of LTF [Lateral Thinking Factory] 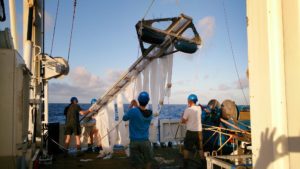 Early 2013, Wart became member of the team who built up ‘The Ocean Cleanup’ Foundation. After the initial set-up he became active as a field researcher within this volunteer’s organisation. In this function he co-developed new research instruments. He also supervised ocean expeditions and experiments on, amongst other places, the Azores, where the first full-scale […]